What is Co-Ownership Planning and JTWROS

Co-ownership planning is defined as the concurrent ownership of property by two and wife. When we refer to co-ownerships, we do not usually mean the ownership of business entities by multiple individuals (unless an undivided interest is held jointly or as tenants by the entirety), nor are we referring to multiple beneficial interests in a trust.
There are four types of co-ownership planning, namely: Of the above, only TBE ownership provides any meaningful asset protection. The other ownership types may actually increase the chance of losing property to creditors.
GET STARTED ON YOUR ASSET PROTECTION PLAN
Facebook
Twitter
LinkedIn
WhatsApp
Email

We examine each type of ownership below.

When property is held as tenancy in common (TIC), it means each person holds a distinct and separate share of the property. Shares need not be equal. For example, three people may own real estate, wherein two people each could own 25% of the property and one owns 50%. If the property is sold, each person would receive their respective share of the proceeds. Unless a contract says otherwise, each person has the right to transfer their interest without the consent of the other owners. TIC is the default type of concurrent ownership and does not include right of survivorship (we define right of survivorship in the next section.)

TIC does not provide any meaningful asset protection. If one of the TIC owners has a judgment creditor, that creditor can either force the sale of property through foreclosure, or (if feasible) they can partition the property and then seize the debtor-owner’s partition in its entirety. If a foreclosure sale is held, the creditor can only receive a portion of the foreclosure proceeds that are proportionate to the debtor’s share in the property.

However, the non-debtor owners still lose the property, although they do receive the remainder of foreclosure proceeds. One could say that TIC actually makes things worse from an asset protection perspective; because the more owners there are, the more likely it is that one of them will encounter creditor problems, which could cause everyone to lose the property. We therefore never recommend TIC as a means to protect assets.

Joint tenants with right of survivorship (JTWROS) is akin to TIC ownership, except when one owner dies, their interest does not pass to his or her heirs. Instead, the other owners automatically receive the deceased individual’s interest (this is called “right of survivorship”.) JTWROS thus avoids probate, which is the often costly and time- consuming court-supervised process of passing wealth to one’s heirs. JTWROS is also different from TIC in the following ways:

Although JTWROS may offer estate planning benefits, a creditor can attach, foreclose on, or partition a JTWROS interest just like it can with tenancy in the common property.

In the case of a joint bank or trading accounts, either owner may access all of the accounts. Therefore, a creditor may do likewise, meaning a creditor of either joint owner may seize all of the account’s funds in order to satisfy their debt. Consequently, although there may be valid reasons for wanting a joint account, there is always a safer alternative.

For example, suppose an elderly widow wanted a joint bank account with her son, so that if anything happened to her, the son could use the money to take care of her, or he could inherit the money sans probate if she died. The downside is that this account could be seized by either the son’s or mother’s creditors.

A better solution would be for the mother to give her son a durable power of attorney, which would allow him to access the account if she was incapacitated. A living trust could also be created to quickly and safely pass the account’s ownership to the son when the mother dies.

JTWROS may have other unintended and undesirable side-effects. For example, let’s say a man married and had three children. He then divorced and remarried. Subsequently, he titled his home and liquid assets in his and his spouse’s names as JTWROS.

When the husband dies, do the children inherit the home or liquid assets?

Unfortunately, the answer is no. All JTWROS property passes to the new spouse and the children get nothing. Because of the often unintended consequences of JTWROS, we almost always recommend alternatives.

Tenancy By the Entirety (TBE)

Of all co-ownership types, tenancy by the entirety (TBE) is the only one that may provide meaningful asset protection. Tenancy by the entirety is a special type of co-ownership that is only available to a husband and wife. TBE ownership must also meet the requirements of JTWROS in order to be valid, and if a couple divorces, then ownership will be held as TIC or JTWROS rather than tenants by the entirety. TBE offers the right of survivorship benefits (like JTWROS), but it may also protect the asset in certain states, as long as only one spouse comes under creditor attack.

Even with the breakdown of TBE ownership into these four categories, one should still consult statutory and case law for his or her particular state, as there are further subcategories of TBE ownership types. For example, a few states restrict TBE ownership to primary residences only. Furthermore, only Alaska, Hawaii, Tennessee, and Vermont specifically allow rental real estate to be held as TBE.1

TBE Ownership Types Among the 50 States

Even if TBE is allowed, the case and statutory law of a few states will not protect TBE property from creditors. Therefore, these laws and cases must be checked before relying on TBE ownership for asset protection. Another problem with tenancy by the entirety is the fact that TBE’s asset protection has somewhat eroded over the years.

For example, a 2002 U.S. Supreme Court case allowed an IRS tax lien to ignore the protection normally afforded TBE ownership. Consequently, it is now the standard operating procedure for the IRS to seize one-half of a TBE property’s sale proceeds (up to the amount of the tax lien) if a tax lien has attached to either spouse.

A state-specific example of TBE failing to protect an asset is found in a 1993 Massachusetts case, Coraccio v. Lowell Five Cents Savings Bank. In Corracio, the court ruled that under Massachusetts law, a husband had a right to unilaterally manage TBE property, which in this case was the debtor’s primary residence. This right gave him the power to transfer or encumber the property without the wife’s consent, whereas the wife only had a right of survivorship. The court ruled that, although the husband could not alienate her right…

TBE Allowed for real property only

…survivorship, but he could alienate the property itself. Conversely, the wife did not have the right to alienate the property without her husband’s consent. The special rights afforded the husband were due to ancient TBE laws that were not properly updated as women were given equal rights in our society. Subsequently, when the husband applied for a 2nd mortgage on their home and failed to make payments, the bank that held the mortgage was allowed to foreclose on the property. Although most states that specifically allow TBE ownership do not have adverse case law like the Corracio case, one law professor notes that “only Massachusetts, Michigan, and North Carolina have brought into modern times the tenancy’s ancient husband-oriented form.”

In contrast to the above, there are cases where TBE ownership has successfully shielded assets. Nonetheless, the foregoing leads us to conclude that TBE cannot be relied upon as an impenetrable creditor defense. On the upside, because it’s very easy to title assets as tenants by the entirety between a husband and wife (in states that allow such), TBE is a great way to add an extra layer of protection.

For example, in a state that allows TBE, it may be a good idea to title ownership of business entities as TBE. In one Florida case, doing this protected the ownership interests from the husband’s creditors. Yet merely saying an asset is held as TBE is not sufficient by itself. One must also meet the criteria described in this chapter’s section on joint tenants with right of survivorship, in addition to both owners being husband and wife.

There are some potential downsides to this solution, however, which we discuss in the next section. The community property law of some states actually increases one’s likelihood of losing marital assets to creditors. As we discussed in the McIntyre v. USA10 case in Chapter 6, some states (such as California in the McIntyre case) allow a creditor to reach all community assets for the debts of either spouse. In contrast, a few states’ community property laws actually provide limited asset protection.

On the other hand, California, Louisiana, Idaho, New Mexico, and Wisconsin allow a separate debt acquired by either spouse during marriage to be satisfied out of any community property.

Titling Assets in the Name of a Less-Vulnerable Spouse

If one spouse’s activities expose him or her to a high risk of lawsuits or other creditor threats, titling assets into the other spouse’s name may be a good idea. However, there are exceptions to this rule. For example:

• In non-community property states, or in a community property state with a transmutation agreement, titling the bulk of marital assets in a single spouse’s name can cause obvious problems in the event of divorce. Why should the spouse with most of the assets give those assets back to the spouse who willingly gave up those assets in the first place? It’s not wise to leave it up to a divorce court to answer this question! 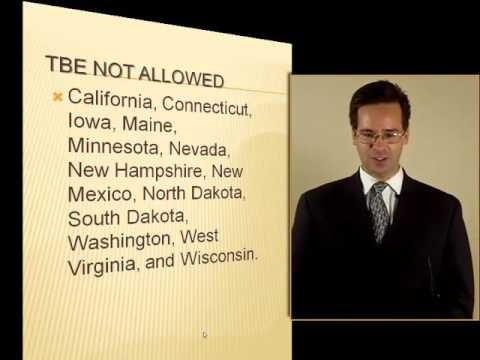 • Transferring assets to a spouse is almost always done as a gift, and as this book’s chapter on fraudulent transfers explains, gifts are very susceptible to fraudulent transfer rulings. An apparent workaround for this dilemma would be for one spouse to actually sell assets to the other instead of making gifts. However, doing this would probably not avoid a fraudulent transfer ruling for several reasons. First, such a transfer is to an insider. Second, it will be difficult to justify why one spouse sold something to another spouse for any reason other than asset protection. If a court determines the sale was done to protect assets, they may determine such as prima facie evidence of intent to defraud creditors, even if creditor threat was not imminent when the transfer was made.17

How Much Should One Rely on Co-Ownership Laws for Asset Protection?

Third, like with exemption planning there are always caveats to when a certain type of co-ownership will protect assets. Because such broad, “blanket” protection is unavailable through co-ownership planning, assets should, when possible, always be protected by additional measures, such as equity stripping, placing assets offshore, or placing assets in a limited partnership or LLC.