Who Enforces US Judgments Abroad

This is where you learn how to put your opponents in a position that had cost them $10 to collect 10 cents.

The world’s not like the United States, we have 50 states. Every state is required to enforce judgments from any other state. It’s because of the full faith in credit clause in the Constitution. There’s no such thing as a full faith in credit clause worldwide. Japan, England, France, Germany, China, Italy, are not required to enforce U.S. judgments.

Sometimes there’s treaties that make it a little bit easier, but in every single case there’s at least a mini trial. By the way, it’s not the same with arbitration awards. Martin Damke (american arbitration association), a good friend and mentor of mine, who’s now dead, founded the American Arbitration Association and he spent his whole life of forcing and massaging the international community in New York to adopt arbitration. Arbitration treaties make arbitration awards much easier to enforce internationally than regular judgments from litigation. 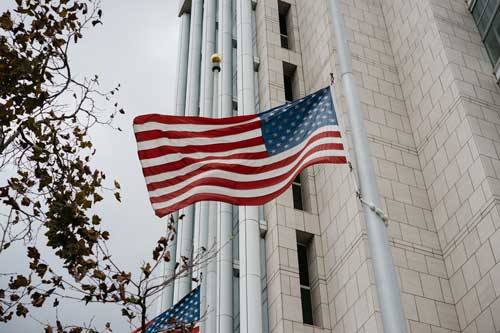 So I stay away from arbitration provisions if possible. You should too if you do business internationally.

In the United States, we can register judgments and enforce them easily with no major procedural impediments.

The first barrier is that they have to hire a lawyer; and in America, we’re used to lawyers being commodities. We’re burdened with 1,300,000 lawyers. Places like China have less than 200,000. We have a lot of “out of work”, unemployed lawyers willing to do anything for almost any compensation agreement.

But can you imagine the same guy shelling out $250,000 to pay some lawyer in Switzerland in cash to go after your protected fund just because you moved it from Bank of America in California to Credit Suisse or Pictet Bank in Switzerland? No, they’re not going to do that. They’re going to really have a problem with pursuing you abroad. Why?

Because they’re like common burglars and they only take the easy pickings. They want what they can get their hands on without too much work. They’re not going to spend their own money. The first hurdle is they have to hire a international lawyer, which gets extremely expensive.

Second, in most countries, they’ll have to post a bond to pay your legal fees if you win. This isn’t some little $5,000-bond. This is a quarter of a million $ type of bond.

If you take anything away from this, take away the fact that you no longer have to be vulnerable to anybody. Take control of your life and stop the professional takers. If you spend 10% of the time you spend making money, protecting it, you will be safe and will sleep well at night.